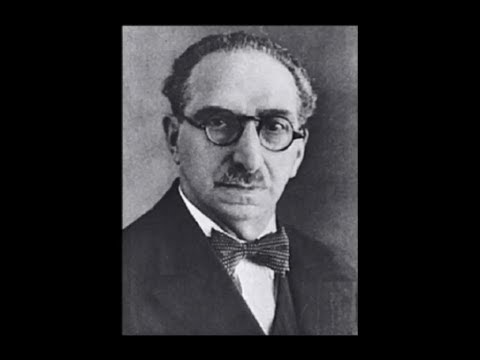 Born into a humble family, Andries de Rosa was trained to become a diamond worker. But as a young man he moved to Paris pursuing a career in music, which was no easy task. He was part of the left-wing literary circles and avant-garde of that time. He eventually settled in 1912 in Amsterdam, becoming involved in socialist movements. Later in life, composing was increasingly diminished by his many administrative functions; cultural education was of paramount importance to him. De Rosa and his family were murdered in 1943 in Sobibor.