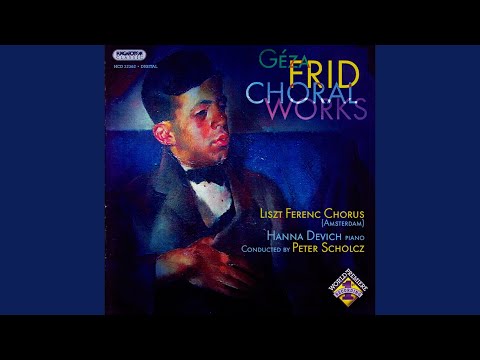 The Hungarian Géza Frid was one of the key figures in the post-war Dutch music world. To escape the dictatorship of his country of origin, he fled to the Netherlands in 1927. He always remained true to the musical language of his roots. As of 1941, Frid as a stateless Jew, was prohibited from performing in public. He became involved in illegal activities and the artists' resistance movement, and it's a miracle he survived the war. After the liberation, he resumed his life as an artist. For years he was one of the most frequently performed composers in the Netherlands. Since the turn of the twentieth century there was even a sort of “Frid-Renaissance.”