After Smit Sibinga's death, Everard van Royen, director of the Amsterdam Music Lyceum, praised him as a sensitive and skillful composer and “the beauty of the ancient civilization of the Indonesian archipelago which had influenced him during his twenty years in the tropics.”  Theo Smit Sibinga’s music is transparent and melodic and he felt attracted to modern French culture. As a composer he remained relatively unknown since he was not the kind of man to put himself at the forefront. Many of his manuscripts were lost during his captivity in the camps on the island of Java in the Dutch East Indies.

Theodore Henri Smit Sibinga was born in Bandung and still a toddler when his family returned to the Netherlands. After high school, he started cello lessons with Bertrand Drilsma and Marix Loevensohn, and later with Gérard Hekking, the principal cellist of the Concertgebouw Orchestra in Amsterdam. Already at the age of seven, Theo wrote his first compositions. He relished his lessons in instrumentation theory with the composer Cornelis Dopper. With a teaching diploma from the Nederlandsch Muziekpedagogisch Verbond, he returned to the Dutch East Indies in 1921, against his father’s wishes. Already after two years, he had to give up a promising career as a cellist because of a tumor on his left hand. The operation had failed. Nevertheless he performed once in a while, even Rachmaninov's notoriously difficult sonata in g minor. In the daily De Preangerbode of May 13, 1932: “an extraordinarily talented cellist, rewarded by a thunderous applause. That certainly wasn’t the practice of an amateur!”

After the unsuccessful operation on his hand, he had to shift focus and started working as an art critic for the newspaper Soerabaiasch Handelsblad. In 1928, he was employed as inspector for the Batavian Petroleum Company (bpm), traveling for many years throughout the Dutch East Indies. At the same time he remained active in the art world of the Dutch East Indies, as choral and orchestral conductor, chairman of several art groups, and as a composer. During a lengthy sabbatical in the Netherlands in 1933, he again took composition lessons with Cornelis Dopper.

When the Japanese invaded the Dutch East Indies in 1941, and military reservists were mobilized, he joined the artillery and took an active part as reserve first lieutenant in military operations on Celebes (today Sulawesi). Makassar was his last post before being arrested and deported to a Japanese prison camp on Java. Annelies, his wife and their two children Cees and Gerrie were interned in a camp on Celebes. Via a camp in Bandung, he eventually ended up in the Struiswijk prison camp near Batavia (today Jakarta). In one of his poems he described his situation:

Squeezed together inside a rickety shed we are the prisoners of war,

leading a marginal existence, hardly surviving the days of drudgery,

Still, he remained hopeful: “And yet, for my prison window, a flower.” A few months after the Japanese surrendered in 1945, he was finally able to join his family. Cees remembers this emotional reunion like it was yesterday: father carrying a bundle of wood and a small suitcase with some meager possessions, including a chess set and a pipe, both carved by hand. The “bundle of wood” had once been his cello, pierced by a Japanese bayonet and chopped into pieces. As a tribute to his father, Cees took the bundle to a violin maker to rebuild it. It proved impossible to play.

Initially, Smit Sibinga remained employed by bpm in Makassar, but in August 1946, he was sent back to the Netherlands to recuperate from the hardships in the camps. A close friend encouraged him to forget the misery as soon as possible, this was very much the way war trauma’s were dealt with in those days:

Dear Sib, My congratulations to you, surviving the years of occupation in the Dutch East Indies and happily you are back in Holland to recuperate! Try to get rid of the bad memories. And try, with new strength to proceed and make your life worthwhile. Of course, especially in your case, art and music have to play a leading role. [...] What a pity your  'wooden wife' [cello] was badly hurt. Don’t give up hope and keep the pieces [...] Best wishes for a speedy recovery!

In 1947, Smit Sibinga was dismissed and granted early retirement. Like many survivors, he never again spoke about the camps; he processed that period by drawing, painting and composing. The arts, as his Struiswijk poem depicts, provided him with “power for the world of tomorrow.” The family went to live just outside Amsterdam, on the Parklaan in Amstelveen. As of 1954, he taught at the Music Lyceum in Amsterdam and in his last year he was its deputy director.

“An artist and talented composer”

Theo considered his early compositions as “sins of youth,” but the Piano Trio (1919) and Sonata for cello and piano (1921) passed the grade. Only in 1932 he started composing again, he felt more attracted to the modern French composers, especially Albert Roussel. Theo was a champion of tonal music: “Music must always be a language of the heart; it has to speak to the soul.” Some of his compositions are based on indigenous music of the Dutch East Indies. In the score of Javaansch rhythme, a nocture composed in 1932, he wrote that it is a “nostalgic impression of an original Javanese theme, showing the striking ability to accelerate inconspicuously to an exciting climax.” This piece was premiered at the Gala néerlandais in Knokke, Belgium on August 19, 1936 conducted by Karel Candael, at that time Belgium's leading conductor. The reviews were positive and successful performances followed in Maastricht and Brussels.

In 1933 he composed the Suite in three movements for string orchestra, flute, oboe and horn, a Sonatina for piano and String Quartet in C in which some critics also recognized Javanese melodies. The daily Indische Courant on March 14, 1936:

It is a modern quartet, never slipping into excessive notation. The influence of contemporary French music is undeniable, yet it expresses a unique personality. This is passionate music contrasted by delicate pianissimos which makes it quite engaging despite its modern adaptation. The composer's rich array of musical skills is apparent, especially in the last movement. It is probably no coincidence that the cello has the starring role, developing new ideas from each entrance of beautiful motifs.

The following year, while residing in Djember on East Java, he composed a cello concerto, performed in Brussels by the cellist Edmund Baegens and also performed by Nico van der Stad in Arnhem during a live radio broadcast.

Smit Sibinga also wrote another two nocturnes: Gong Bali - with typical Balinese drum rhythms and dramatic sections, and Passar Toradja - an impression of a daily market on Celebes, breathing the vibrant sounds of a busy marketplace. Gong Bali dates from 1936 and was inspired by his stay in Bali. Passar Toradja was written in 1942, when he was a prisoner of war, a reminiscence of South Celebes. At that time, he also started on a piano concerto, the Kantjil-fantasie, but it was not until 1946 before this work was completed.

The Sonatine, reminiscent of a Bach invention with pentatonic elements, was performed on March 19, 1941, in the Mauritshuis Concerts in The Hague in the series Dutch piano works From Sweelinck to Badings. The program leaflet includes a peculiar instruction: “in case of an air raid alarm please stay calm and follow the Museum staff to the bomb shelter in the vault of the Mauritshuis.” The Sonatine and the first string quartet were performed in February in the series “East and West Indies in Western music” at the Colonial Institute in Amsterdam. The daily NRC wrote on February 24:

The Sonatine for piano is friendly, without much depth, [...] the string quartet is technically demanding. It depicts a dreamy and sometimes playful atmosphere, because of its use of Javanese melodies, remote from our usual tonal standard yet maintaining a sense of tonality. A skillful piece that should be performed more often.

Back in the Netherlands, Smit Sibinga tried to forget his harsh camp experiences. He got back to composing, made new contacts and sent his music to possible interested parties. In 1946, he completed Heroïsche ouverture (Heroic Overture), written for the Marine Band of the Royal Navy and commemorating the Dutch sailors who went to war in the battle of the Java Sea.

He sent his three Indische Nocturnes to Arturo Toscanini in New York. The illustrious conductor had already performed Dutch compositions (a.o. Bernard Wagenaar) with the Residentie Orchestra before the war, and according to the composers' family, Toscanini supposedly conducted the Nocturnes during one of his New York concerts.

His native country remained close to his heart, as is evident in Smit Sibinga's later compositions (1948-1950) with the Dutch Indies as a recurring theme. For example Lagoe manis, a very short piece with an original East Timorese melody, harmonized for piano, and the three easy pieces for two flutes and piano: Tani (farmer), Toba (a lake on Sumatra) and Toemboek padi (rice pounding). A song for soprano and orchestra, Grootmoeders rust, was inspired by a poem from the Javanese poet Noto Soeroto's collection Melatiknoppen.

In the 1950s Smit Sibinga composed in a modern French style: three works for piano or harpsichord Greshoffiana, Toccata and Sonatine à deux voix, Beren variaties for three recorders, choral works, songs, Trois images for flute and harp, a suite for winds, works for strings, the second String Quartet and a suite for flute and piano, which was awarded the first prize in a composition competition of the Ministry of Education.

His Suite concertante uit de Gordel van Smaragd (from the Emerald Belt) for symphony orchestra dates from 1953.  His last works were written in a western idiom; the String Trio in five movements, Mouvement symphonique and Concerto for guitar and orchestra. This was the first Dutch guitar concerto ever written and would be his last composition. He dedicated it to Dick Visser, at that time an internationally acclaimed guitarist.

Theo Smit Sibinga died “in the harness,” at the piano at a friend's home in Voorburg  while discussing his guitar concerto. A tropical infectious disease contracted in the camps, cost him his life. 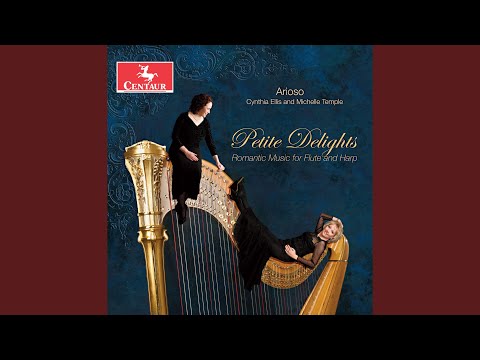 More information on Theo Smit Sibinga is found (in Dutch) on this excellent website with many, many illustrations.